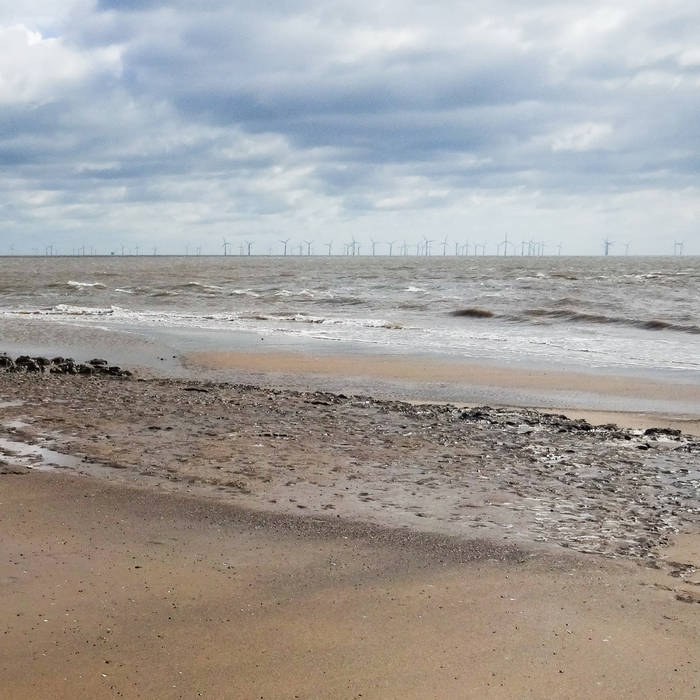 Dallas Simpson is an environmental sound artist and has been recording and performing live on location since the mid 1990s. Recordings are exclusively in the binaural format for headphone listening recorded using in-ear custom modified DPA4060 microphones. He engages with locations observing soundscapes and performs live using found objects and surfaces.

Works have been created at various locations in the UK and parts of Europe, and particularly in the Midlands around where he is based in Nottingham. In 2009 Simpson also toured with the band Swimming creating live binaural mixes of their performances conveyed to an audience listening on headphones in a separate space using audio and video links. His works are released primarily through various internet labels worldwide and on occasional CDs.

On August 2nd 2016, at around 6:10pm, while on holiday in Skegness, a live location performance soundwork was created at the Lagoon Walk location:

PHASES
1) A walk-in and walk-out phase at the start and end of the work.
2) An observation phase included movements along the walk, across and within the rock structures at high tide with some movement at the end of the Lagoon Walk observing the waves breaking over the concrete Walk structure.
3) An improvisation phase of interaction with wooden railings, metal railings, a plastic litter bin and plastic lifebelt housing.

VIDEO DOCUMENTATION
Also on the 3rd August 2016, a short video was recorded at the end of the Lagoon Walk as a simple contextual documentation of the location and breaking waves, which were less prominent on this occasion. Strong winds virtually obliterated the soundtrack on the basic Sony camera I was using.

NOTES
All sounds were from environmental sources, the spatial choreography was performed live and recorded binaurally in a single take without windshields. The tactile perception of ear wind sounds was an essential part of the location perceptual experience at the time of recording. Presented with minor EQ corrections, no mixing and no post record editing. This work follows on from themes established in Filey Promenade and Seascape (2004) and Filey Brigg (2004).

On August 4th 2016 a live location performance was created on the shoreline at Gibraltar Point Nature Reserve at about 9:30am featuring a short walk from the vegetated dune area by the beach to the tidal edge and back to the edge of the dunes.

Some intuitive improvisation was performed using Marram Grass and sand. A woolly hat windshield was used to moderate, but not to obscure the intensity of the ear wind noise, which was an essential part of the location experience. The woolly hat (and inadvertently my left ear mic) was removed rapidly at the point of Unveiling. The work consists of five movements, which continuously merge:

Recorded in our car on the 4th August 2016 in the Gibralta Point Visitor’s Car Park shortly before our return home to Nottingham. I discovered by accident that when the driver’s side car door was just ajar a strong wind noise was heard. It was ‘blowing a gale’ at the time. As I had my full binaural recording rig at hand it was too good an opportunity to miss.

All the binaural works have been optimized for headphone listening.

The seaside resort of Skegness on the East coast of England had a population of less than 200 inhabitants in 1842. With the coming of the railway in 1873 a rapid expansion of the town took place and by the middle of the 20th Century Skegness was a major seaside resort. In the 21st century its role as a seaside resort is still evident, but with changing patterns of travel and holidaymaking there has been a decline in tourism and some of the vibrancy of this town as a major East Coast holiday resort has been lost.

The beach continues to evolve and presently consists of a grassed area of dune sands extending beyond the original promenade to a second promenade, Lagoon Walk, some 100 yards further out to sea, which is protected by large rocks placed there by the constructors to reduce storm damage and erosion. (Source: Wikipedia accessed 5/08/16).