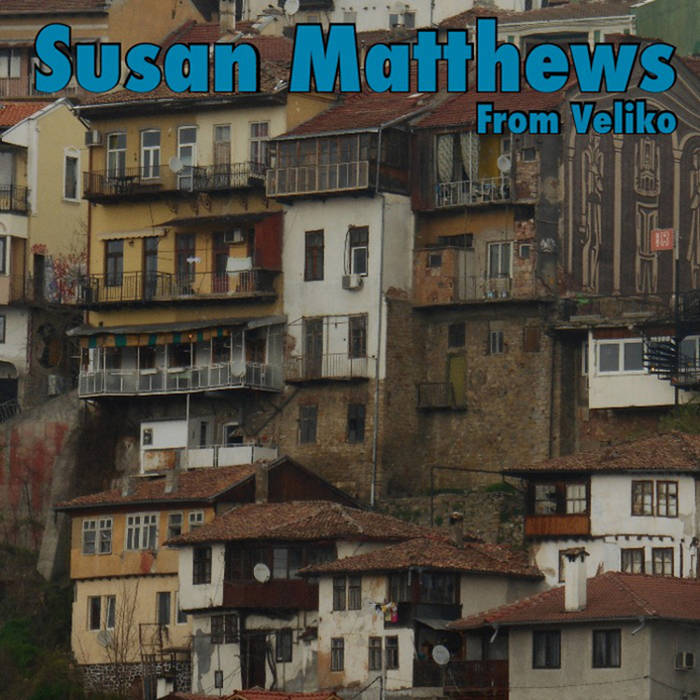 'From Veliko’ was in part, inspired by a recent visit to Veliko Tarnovo (the medieval capital of Bulgaria). Most days I wandered to The Monument Of The Assens. I sat and contemplated the old town across the Yantra river, where the ‘hanging houses’ cling precariously to the steep hillside, some are literally crumbling and sliding towards the river below.This seeming fragility is reflected in both the music & lyrics I composed for this project.‘’The road from Veliko’ is also a metaphor for a psychological journey - from the darkness of depression back towards the light."
Susan Matthews

You almost have to draw breath after the album finished, this listener suddenly realised that he had been holding his, hanging on every note. There is genuine power held in these songs, quiet and drifting as they are; they have an intensity that is bewitching and all encompassing. This is music for the liminal hours, for dawn or dusk, for candlelight. Highly recommended, this album deserves your close attention.
Excerpt of review by Grey Malkin (The Hare & The Moon) for The Active Listener blog - active-listener.blogspot.co.uk/2016/10/susan-matthews-from-veliko.html

Matthews’ music… is balladic but also tenuous, offering a creaking fragility amongst its slight textures. While it starts on the sort of crumbling piano composition Grouper might have made circa ‘Ruins’, these three tracks all feel distinct, with “A Room of Lights” offering a downbeat song in the vein of Mount Eerie -- a cracked and desperate vocal atop a dinky keyboard preset that feels both homely and homesick. “St Paul In The Yantra” is a foggier, more traditional drone piece, covering over the city it’s tributing with a thick layer of cloud. Think Siavash Amini on this tune: a slow-moving but deeply affectionate sound. A good set.'
Robin, Norman Records, August 2016 www.normanrecords.com/records/160816-susan-matthews-from-veliko

Susan Matthews is a UK based composer/musician, known for her intense, ambitious, hypnotic harmonies and industrial noise creations. She began composing experimental music, described by da73.net?page_id=104 as ‘...dazzling abstractions of grace and beauty’, in 1999 and has developed a comprehensive CV of achievements, including gallery works, festival inclusions, artist residencies, live performances and radio airplay, both home and abroad.